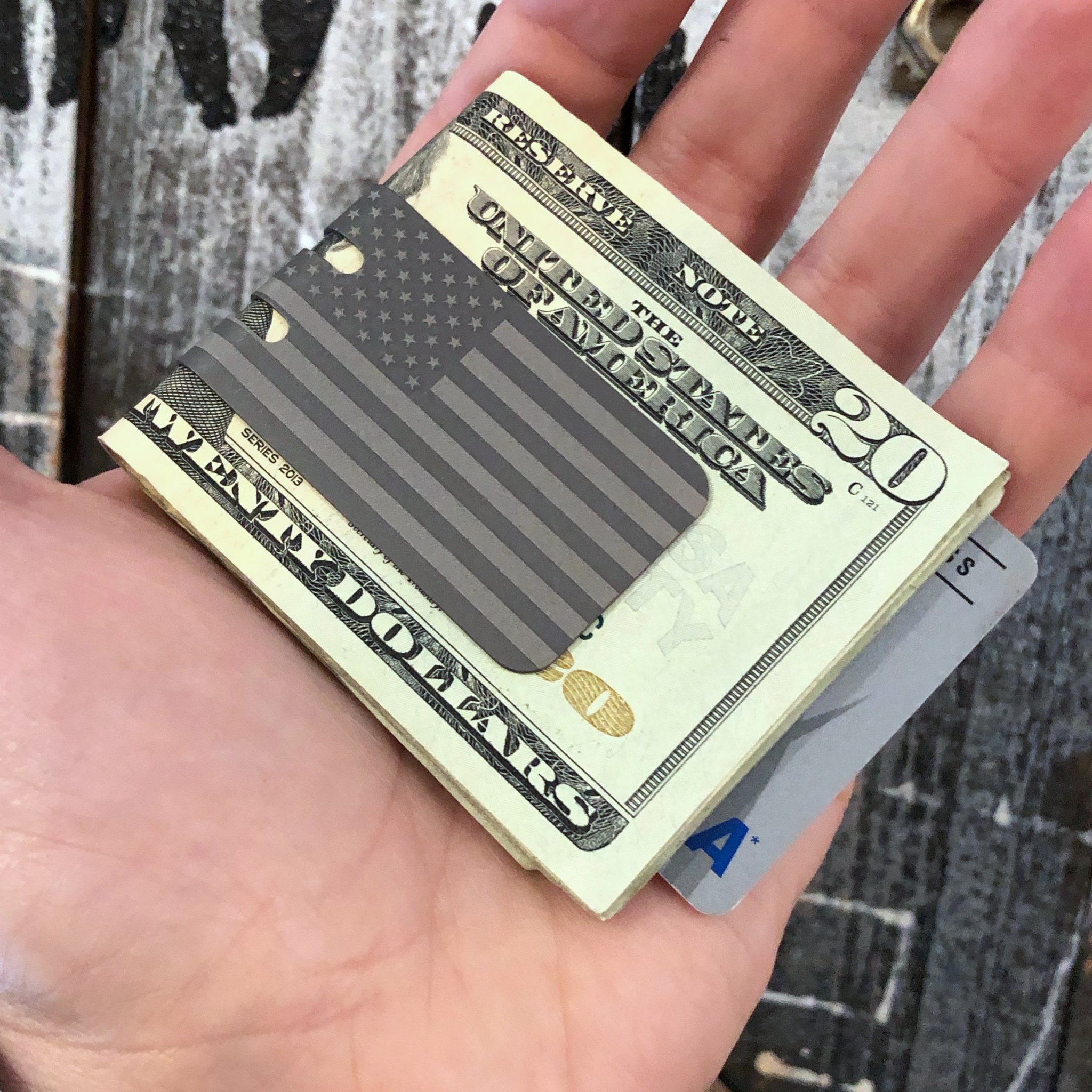 (11 Reviews)
The mini-VIPER™ Titanium Money Clip is a smaller version of our popular VIPER™ Titanium Money Clip. This premium money clip is engineered to hold up to 30 folded bills (that is the equivalent thickness of 60 unfolded bills!). Of course all this is good, but what makes this titanium money clip great, is that it springs back precisely to hold just a single bill!

The mini-Viper™ Titanium Money Clip and has been specifically engineered to perform not only today, but for a lifetime and beyond. We use 100% American titanium for the best quality and all manufacturing is done in the United States and Canada.

Every purchase is supporting American and Canadian workers and our high end aerospace supply chains. We hope you enjoy the unique design and welcome any and all feedback! A link back to our site is also very much appreciated.
Capacity:
Only Bills:  30 folded bills
Credit Cards & Bills:  4 Cards + 15 folded bills

Physical / Mechanical Properties:
Density:   0.163 lb/in3
Melting Point:   3,020 °F
Finish Selector
Customer Reviews
Write a Review
(11 Customer Reviews)
Product Videos
CASE STUDY - mini-Viper Money Clip (August 2014)
At Superior Titanium we are really fortunate to have some amazing customers. After using a mini-Viper for 18 months Bill B. was kind enough to not only provide a detailed review, but to also take some cool photos of his mini-Viper after a year and a half in his pocket with keys and coins.

These are Bill's real untouched up photos and his awesome idea to use his numerous Benjamin 's as a background (why haven't we thought of doing this before?!).

"A year and a half ago, I was looking for a replacement for my existing money clip that was woefully inadequate in capacity for my new job that would require a lot of travel. I have always appreciated the joys of titanium and found the Superior Titanium site and the wide variety of clip designs. After a lot of comparisons, I decided on the mini-Viper (30 bills folded - <1/2 inch). The Viper (60 bills folded) was tempting, but I didn 't want to overload my pocket with the twice as large curve (3/4 inch) diameter of the full size Viper. I also decided to get the black diamond model, even though I didn't have many expectations that the coating would survive long in the pocket with my change and sometimes my keys.

After 18 months, I was back on the Superior Titanium website after receiving a notice about a new model. It made me stop and take a long look at my existing black mini-Viper. Could I justify buying a new Ti money clip? Based on the condition on the existing one, I could not. (But I did anyway! So I'll have a full size model AND, well, I wanted one! ;-)

As I went over my 18 month old 30 bill mini-Viper clip, I noticed a few things... The FIRST thing I noticed was that I had FORTY FIVE folded bills in it! Doh! 50% over spec! I took them out and tried the "one, unfolded, biIl" test and it held on to a single bill!" "But just as much, maybe even more... I loved the feel! The smoothness of the Ti material, impeccably finished - no sharp edges, good rounding of any corners. Then there was the black diamond coating. I think it even adds to the smoothness, but I can't be sure because I don't have an uncoated one to compare. Not only does the coating feel great, it is in impeccable shape. I'm not saying "few scratches and little wear". I'm saying "NO scratches" and the only wear on the finish might be a slight patina due to "hand polishing" of the black diamond coating in my pocket and in my hand. Eighteen months of uninterrupted pocket time, sharing with change (I always have SOME) and sometimes keys. Bill's photo below:

Last, but certainly not least, is the smoothness - not the smoothness of the clip in the hand, but the clip on the bills! The clip slides on and off the fold of bill with an even resistance and balanced and constant level of force. Smooth to slide off, but not loose or easy. The bills are held in a manner that inspires confidence. The clip slides back onto the bills with the same feel. Both on and off, the action is reminiscent of opening and closing the door of a fine German automobile.